48 replies to this topic

Some pictures from the filming of MIDWAY in Hawaii.  The production has already moved on to Canada, but apparently will be back in Hawaii after that (according to a crew member).  According to 'Reel News Hawaii' - a Facebook group that chronicles filming on the Hawaiian islands - the production filming mainly on Ford Island and other sites on Joint Base Pearl Harbor-Hickham.

More pics to follow shortly, sadly not much military related but some nice shots of 1930s and 1940s era motorcars...

All these pics, and some more can be found on the Reel News Hawaii Facebook group page...https://www.facebook...aii/?tn-str=k*F

as a nod to the Fonda family and Henry's role....please no politics...

why didnt they get Peter

that and Battle of the Bulge...another Henry Fonda flick...both kinda cheesey...but for a kid without cable, I liked them

Here here! "Mister Robert's", "To hell and back" and "The longest day" were staple movies on Veterans day and Memorial day growing up.

Absolutely, they have very similar facial features. I just did a quick IMDB of him, I didnt know he was in "The Victors" with Eli Wallach and George Peppard

Great photos! One of my favorite era of cars, neck and neck with the 50s

How many movies have perfect equipment AND a perfect story line? Virtually none. I grew up on the old Midway movie and love it. However, let's not forget the AAF B-4 life vests, the 1944 style parachutes...the list of obvious discrepancies goes on and on.

However, I can say that tremendous effort has been put into the equipment and props. I was truly impressed by the effort put in by the costume director - how many costume directors will spend hours on the phone and countless emails to get tiny parachute details right. This movie did.

Here's a sneak peak from our 1940's parachute riggers shop where they were built... Over 20 parachutes, with original webbing, period hardware, color matched canvas, and even packed with parachutes so the weight is correct.

Very much looking forward to the finished project

Only time will tell if the skepticism is justified, but I can attest that the people involved with this movie are at least trying to make it historically accurate. A well known militaria collector and author is in charge of costuming. Several members of this Forum have been consulted about the uniforms and flight gear that would be appropriate to June 1942 and others here have provided them with accurate representations of what was in use at the time. Historical texts have been consulted to provide even the smallest details, as remembered by participants in the Battle. Full sized replicas of SBDs and TBDs have been built and an effort made to outfit them with period-correct items, such as seatbelts, oxygen systems, radio sets, etc. We can only hope that the additional casting (most roles are yet to be announced) and screen writing will result in a movie that is enjoyable and on a par with some of the more successful military movies and mini-series of the recent past.


I sure hope youre right. I had heard that the production team went absolutely overboard to make Fury historically accurate. The equipment, uniforms, weapons, etc. were very well done but it has to be one of the stupidest movies Ive ever seen. Ever. I never say I wish I could have that two hours back, but with that one, I did. What a waste.

I'm hoping he owns this role

Hi Ray, These are images from my companies Facebook Page American Patrol Cap and Canvas...https://www.facebook...npatrolcompany/

Check us out on Facebook if you want to see more images of the cap production.

I'm certainly looking forward to the movie and hopefully it'll be a good one. My poor wife.. here comes another WWII movie I'll drag her to.

My expectations are never super high, I know they won't get it all correct and that's ok with me. Heck, I even like some of the oldies like the 1965 "Battle of the Bulge" that is way off. The only time I really get disappointed is when political correctness creeps in and the makers add certain types of characters or situations to portray things the way they wished they had been. Nope.

I sure hope youre right. I had heard that the production team went absolutely overboard to make Fury historically accurate. The equipment, uniforms, weapons, etc. were very well done but it has to be one of the stupidest movies Ive ever seen. Ever. I never say I wish I could have that two hours back, but with that one, I did. What a waste.

I would love to see it.

Woody had vegan hats made?
Funny
Did he paint his home in vegan paint ?
Does craft services use vegan petrol ?
So stupid pandering to an actor 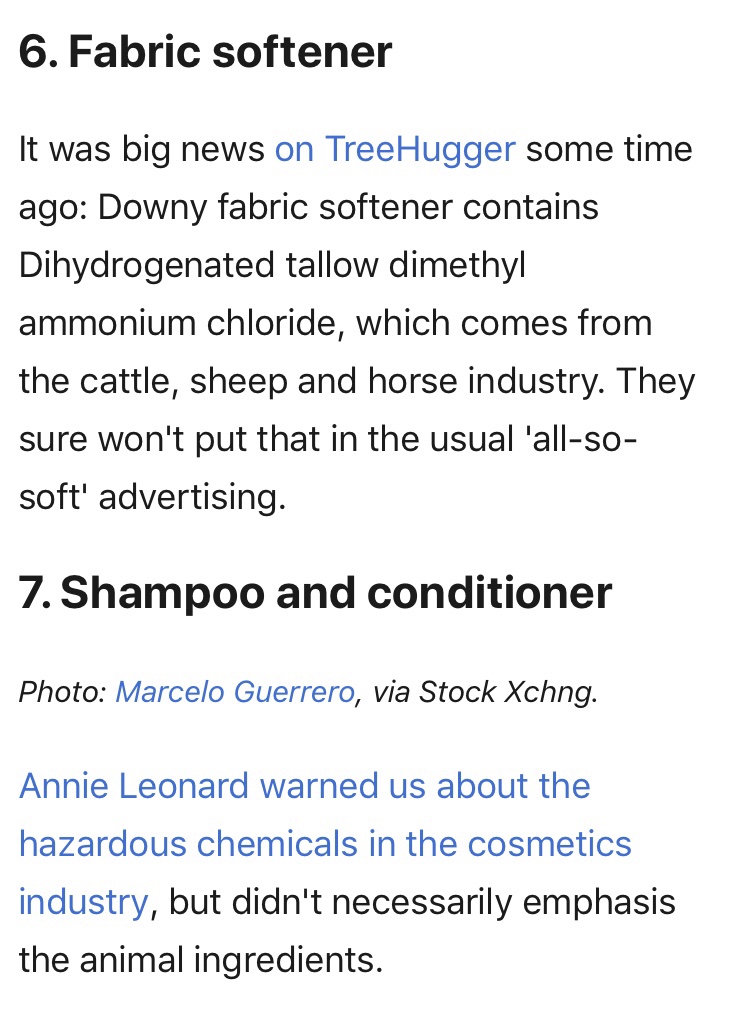 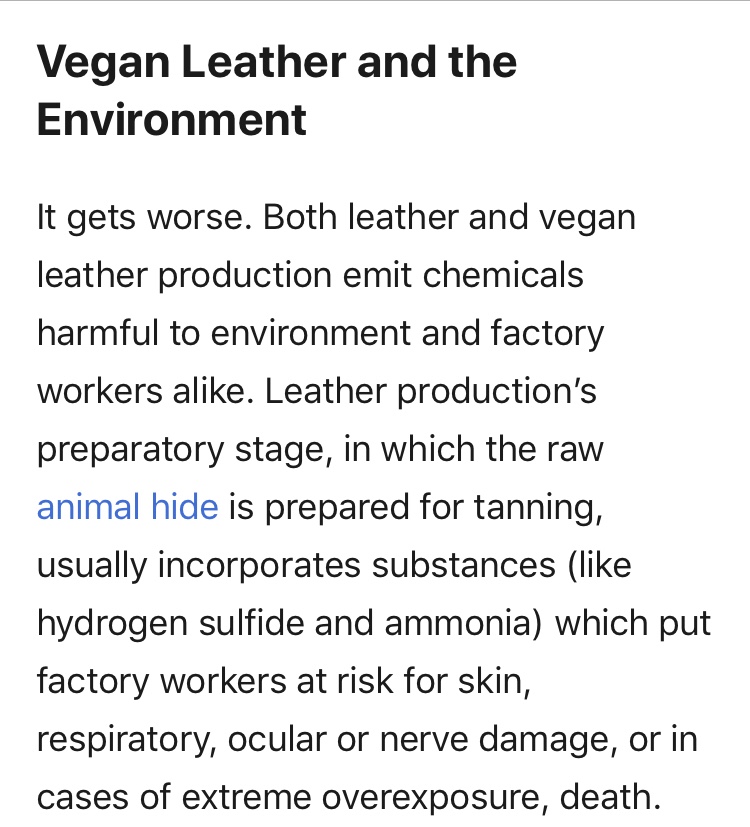 I think its fine if someone is a Vegan....their choice and as long as they dont impose those beliefs on me who cares??  I only mention it because of the challenges it posed in making his caps.  Peace

Movies are made for Entertainment, what the general public will pay to watch. Most of the time in a combat zone, there are days, hours of “ normal” or boring times, then a few minutes or hours when things get Hot.

I think its fine if someone is a Vegan....their choice and as long as they dont impose those beliefs on me who cares??  I only mention it because of the challenges it posed in making his caps.  Peace

It’s a war movie
People pretend to kill people in it.
Can’t he pretend to wear the meat hat ?

It’s a war movie
People pretend to kill people in it.
Can’t he pretend to wear the meat hat ?

Good point. Let's just say that Hollywood is full of hypocrisy in my opinion. They are anti 2nd Amendment yet they make the most gun violent movies imaginable.

Posting from mobile, so sorry in advance of the link doesn’t work. Trailer dropped today.

My thoughts:
1. Uniforms, equipment, and costuming look great from what I can tell.
2. Don’t know about the CGI yet. I will say I like the CGI models as they appear to be the correct ships and planes for the battle. The planes appear a bit floaty and unrealistic. People are complaining about all the AA from the ships, but I think it looks pretty close to footage I've seen of Kamikaze attacks in the Philippine Sea and off Okinawa. Gunners in ships pretty much threw everything up at enemy planes minus the kitchen sink, but what do I know as I wasn’t there.
3. Can’t say much about casting or plot since the movie isn’t out yet.

I’m not expecting this movie to be the most historically accurate thing ever made. If it’s coming from Hollywood, you shouldn’t expect that. I don’t know of a movie I’ve ever seen that has nailed anything perfectly. We have to remember that we’re all biased based on our backgrounds for this film, and this movie was made for your average American audience. If it gets someone interested in WWII or midway enough to read on it, then that’s fine by me. I’m a hypocrite since I’m a sticker for accuracy but we have to consider that most people think the United States fought Russia in WWII haha.

I work for one of the wardrobe rental houses out here in CA and know the costumer who sourced the wardrobe. He's a great guy and know that he made every effort to get the gear correct. He and I discussed at length what they would have worn during this early period of the war: (chambray shirts and dungarees, modfied deck helmets with MkI goggles or Rockglass private purchase, MkI vests, rigger made items, etc) and with his time constraints and budgetary concerns, I know he did the best he could. I agree that the aircraft physics look like a video game and really wish they would stop this kind of nonsense. Such a huge disservice to our men and women in uniform. If you want to see an incredible film about aerial warfare, check out The Battle of Britain from 1969...IMHO, the BEST dogfight scenes ever to capture the chaos of a aerial combat.

I sure hope youre right. I had heard that the production team went absolutely overboard to make Fury historically accurate. The equipment, uniforms, weapons, etc. were very well done but it has to be one of the stupidest movies Ive ever seen. Ever. I never say I wish I could have that two hours back, but with that one, I did. What a waste.

I really enjoyed Fury and my wife did too.  The final battle scene was a little over the top, but it is Hollywood after all.  But I thought the uniforms, equipment and vehicles were better than anything I have seen in a WWII movie.  The effort put forth to make even the smallest items correct set new standards for WWII movies.  I first watched it at the theater but also have it on BlueRay and have probably watched it 8-10 times.  To each his own I guess...

Back to MOVIE & TV REVIEWS