Great stuff gents...forgive me for asking a silly question as im just a humble helmet nerd that also loves me some good camo....but what does TAP stand for or mean??....thanks....mike

Does the jacket and pants (posted above) match to form a set ? or are they of different cut and different camo type?

I believe its this

good reference here with a power point to download

I would appreciate any help in identifying this jacket.  The pattern is somewhat different than the pants I posted earlier in this thread.  The fabric is slightly thinner.  Buttons stamped "durable dot" and zipper is "elless".  Is this an original jacket or a reproduction?  What pattern is it?

Thank you all in advance,

This is a TAP56 jacket with a different pattern of camo.

My TAP47/56 set, includes a jacket with triple-snap straightened lower pockets. Got them last month from the same dealer, but still confused why they have different color tones - Different camouflage sub-types?

Front side, size has been re-tailored to be a nearly Asia-style cut, lower pockets re-tailored to straight as well, and the main zipper has been replaced by another aluminum zipper, which maybe came from a M65 field jacket

...And the rear side, the beaver tail has been removed, a new big back pocket (map pocket?) was added, and the original main zipper was also moved to here

I have been told that it is an assault vest style modification, but never saw any other example before. Anyone have more info about this?

That is a nicely modified jacket. What's the brand name on the zippers? Looks US. In keeping with the modification theme here's an interesting mod on a TAP47/53 para smock. Belgian brushstroke fabric has been used to create a small pocket. It's use I'm not sure of. I'd say mag pouch but the other pocket and flap was put over top and closes part of the pocket. Multi tool for a weapon perhaps? There is a hole that can be seen on the reverse but why they didn't just patch it I don't know. Unless the hole was made from putting something into the pocket?

Close up of added pouch in Belgian brushstrock and of small chest pocket with different dye lot of Lizard camo fabric.

The zipper brand of my modified 47/53 is Conmar, which was also one of the earliest zipper type in the US M65 field jacket. So if I was right, it might came from an early type M65 jacket. I've been told so from the dealer, and yes, I did have seen a few of other examples before that M65 zipper was used as a "unofficial" replacement for other period garments. I will post the pic of this zipper later.

The modification of your jacket is very very interesting, actually I would say that I've never seen this kind of "overlapping & slant" extra pocket before either (at least my personal experience of the Indochina War/VN era). Could I see the hole on the reverse side if possible? If I was right, the Belgian brushstroke fabric was been introduced during the late 1950s and the early 1960s, which was almost the same period with the TAP47/53 pattern, so it may been added to the jacket during the 1960s, or later. Just a little bit of my thought, any comments?

And the pic of zipper, again your TAP47/53 jacket is very beautiful.

Bit of a necro post, i had these pics of french lizard cam being worn mixed in with a bunch of early VN pics of advisors with ARVN troops in beogam and tigers.

I assume the ones with the females is in SVN

These are TAP 56 uniforms being worn in all the pics?

maybe female at back is wearing a simpler cut.

the white sneakers are cool

ARVN medic in the middle is wearing some version as well 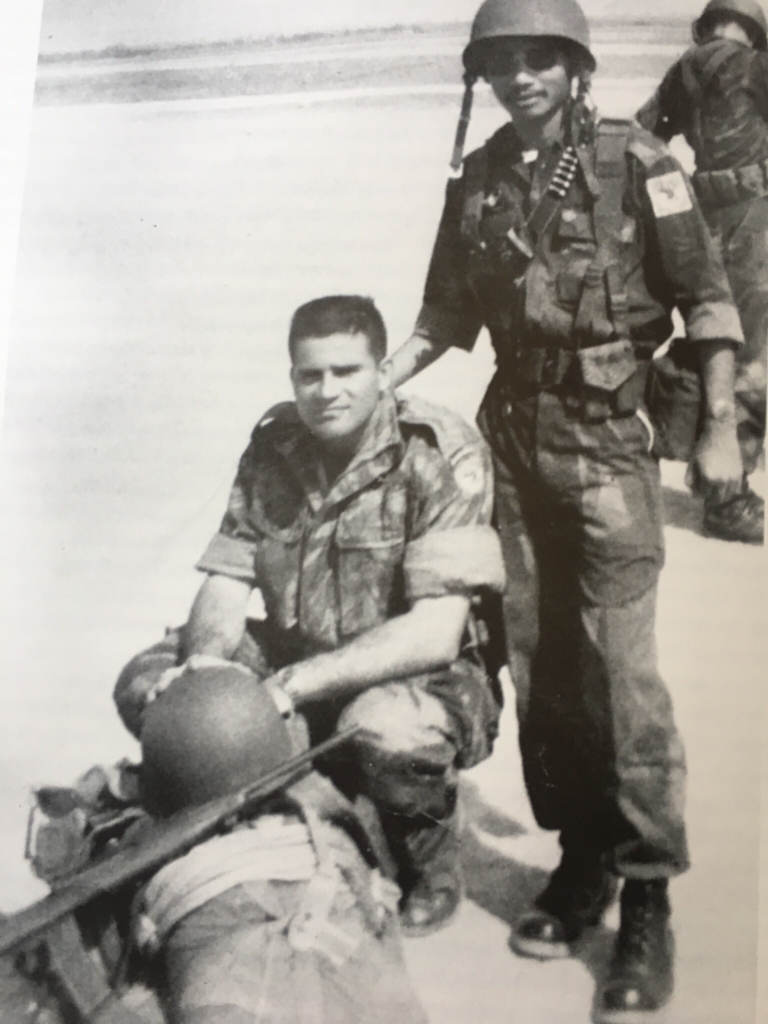 Here’s another being worn by US advisor Maldonado

A friend has a nice 47/56 jacket in his collection originally badged to an US advisor, complete with Viet-made US and ARVN jumpwings etc. 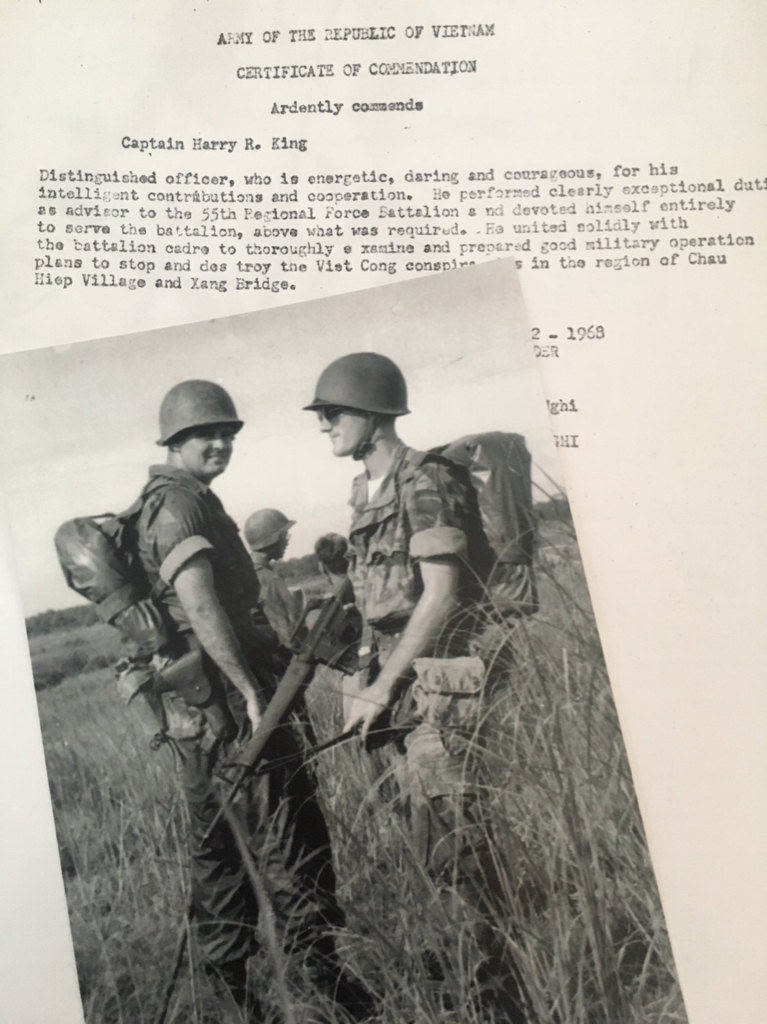 Back to CAMOUFLAGE UNIFORMS

4 user(s) are reading this topic