Modern books on the rare side— what do you have on your shelves? 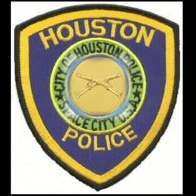 By Longhorn92,
January 11 in BOOK REPORTS