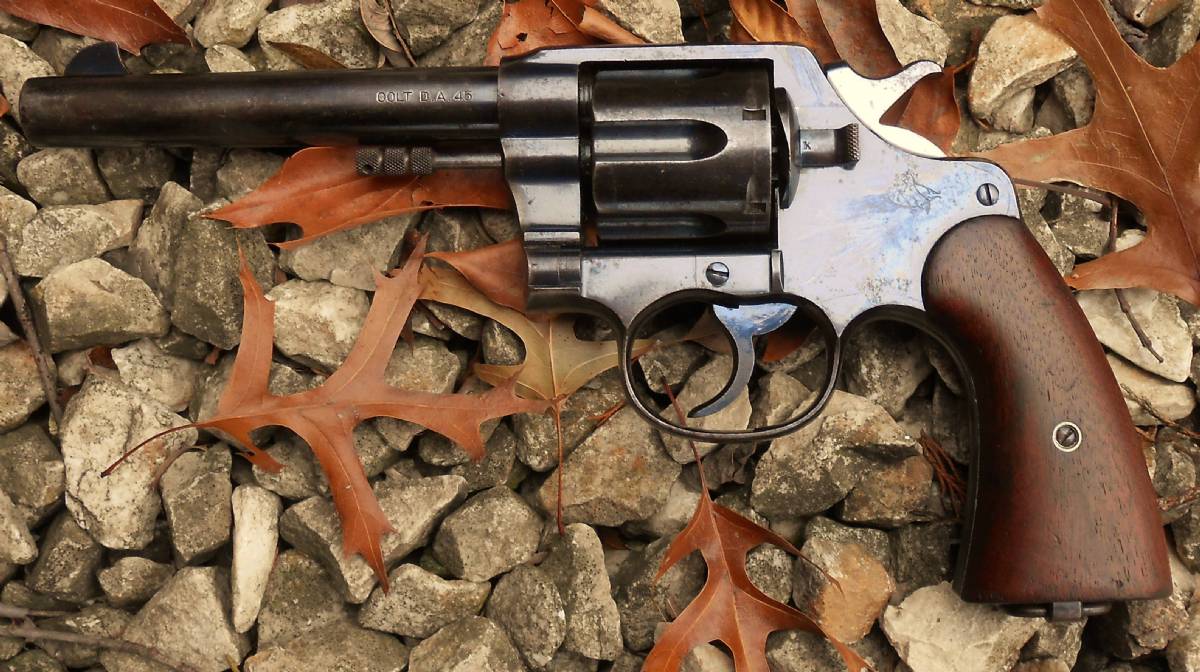 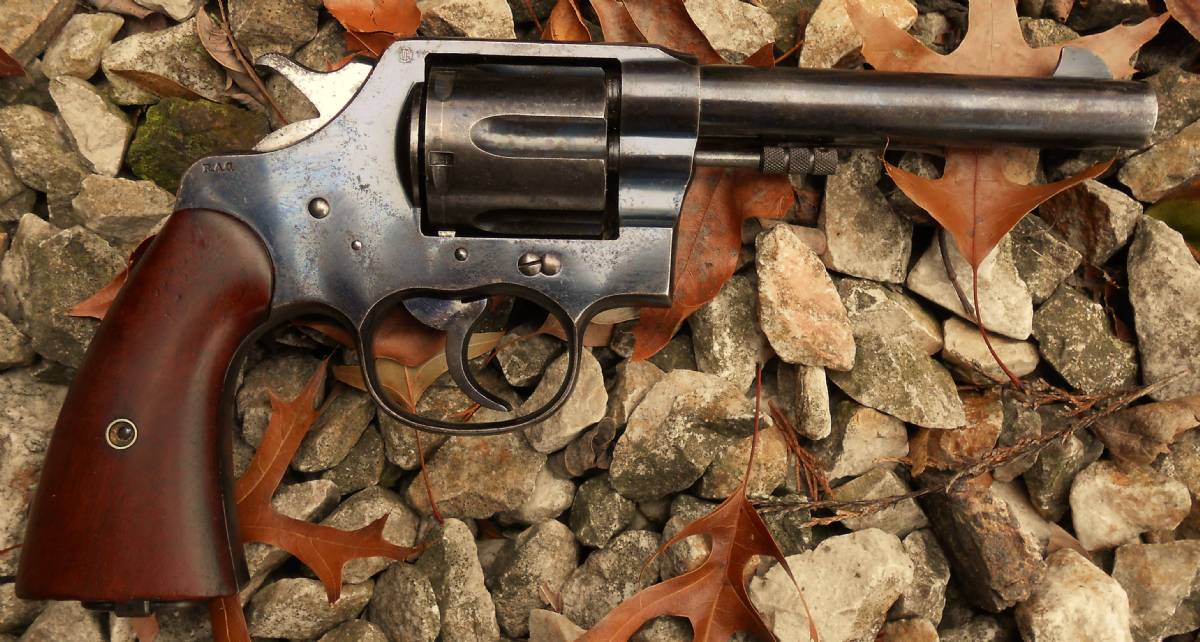 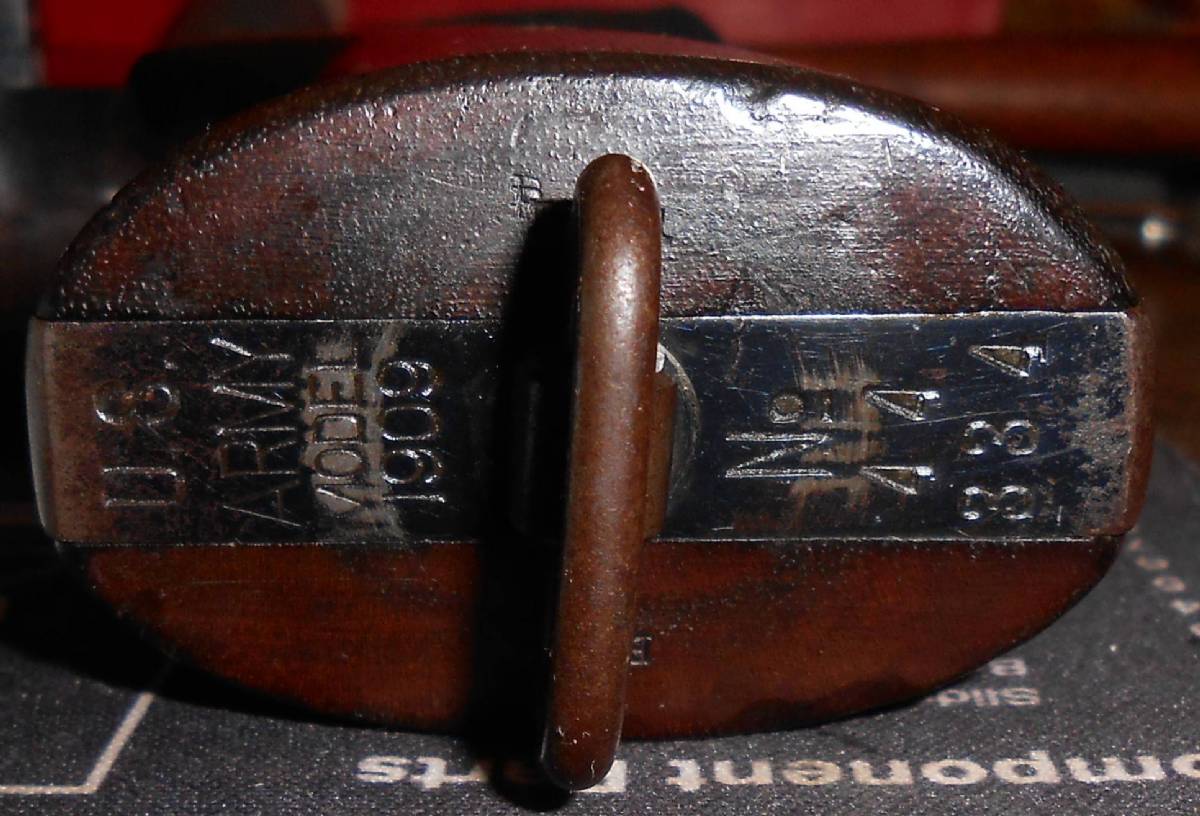 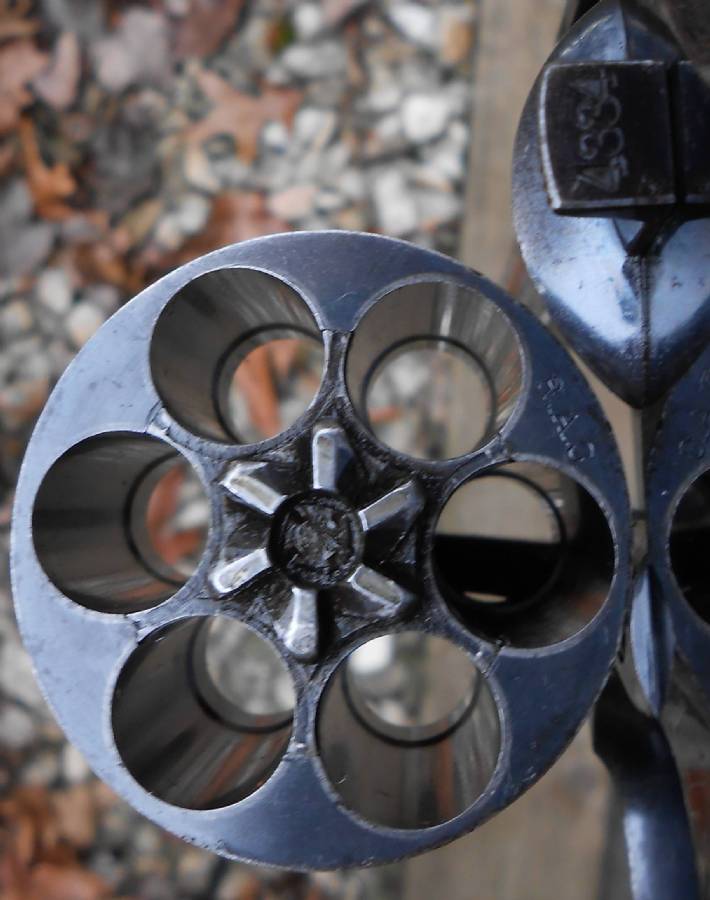 more like 80% and worth every dime, black hills ammo  is great in these old smoke burners love mine and best wishes Christmas came early cheers..….

I've read where 350 of these revolvers were shipped to Springfield Armory. Is there a serial range for those?

And if true any idea why they were shipped there?

Good buy on that gun.  Congrats.

I've read where 350 of these revolvers were shipped to Springfield Armory. Is there a serial range for those?

And if true any idea why they were shipped there?

I believe they were intended to go to the Philippines.  SA would be the logical Shipping Address if true.

If I remember correctly, 21,500 were made and 20,500 were shipped to the Philippines.  Not sure where the other 1,000 went.  These were not subject to multiple rebuilds like the New Army and Navy DA revolvers that preceded them, and tend to be found with all correct parts.  They were a stop gap measure until the M1911 could be issued.

That is a really good buy. They were realizing that kind of price 15-20 years ago....that's a good honest one too.

That is a really good buy. They were realizing that kind of price 15-20 years ago....that's a good honest one too.

I have a USMC example that had been polished to hell and gone and bobbed to 2.5" so in researching that one I was fortunate to know basically what to look for due to most everything markings-wise being lacking on that one. LOL....Sort of reverse knowledge. 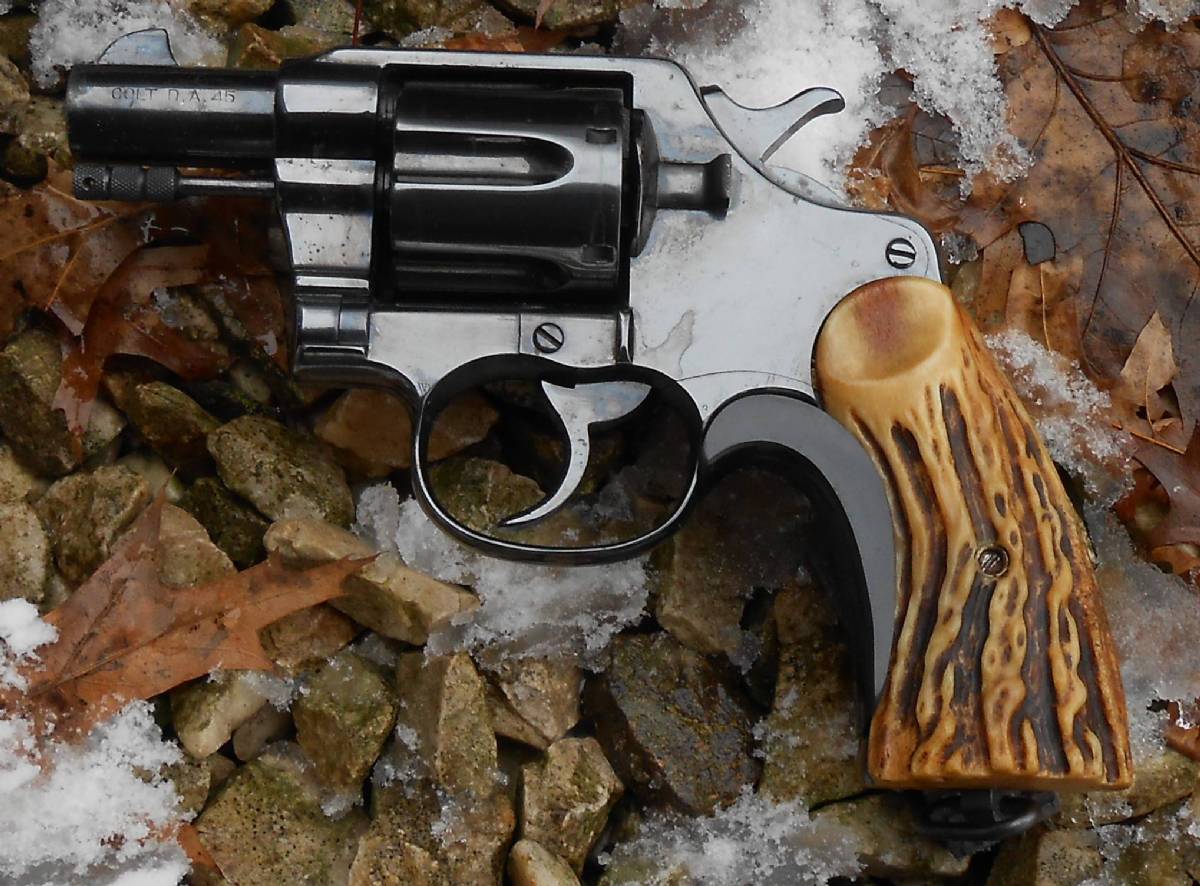 Not trying to hijack this thread, but as one who also recently purchased a Colt DA model 1909, I have been trying to learn more about this revolver's service history (printed info is sorely lacking).  So apparently 20,500 guns went to the Philippines, while 1,000 stayed in the U.S..  My question is, when the troubles in the Philippine's finally ended in 1913, what happened to the 1909's?  Were they returned to the U.S.?  Is there any way of using a gun's serial # to "track" its movement in the Army?  I'd like to find out whether or not any of the 1909's found there way into service with the Spruce Production Division's 1st Provisional Regiment.  The Regiment's squadron leaders were issued Colt .38 and .45 caliber side arms, and a photo in Rod Crossley's book, "Soldiers in the Woods" clearly shows a revolver butt-forward in a model 1909 flap holster on his hip.  I would think that the Army would have wanted its model 1917 revolvers at work in more "important" roles (for the lack of better term) so the model 1909's could have been used in the woods.  Or am I completely off base, and the .45 Colt caliber 1909's were simply retired from service by 1918?

Here is my example with its Mills cartridge belt, Model of 1909 holster and a box of the .45 ammunition unique to this Colt.

Here is my example with its Mills cartridge belt, Model of 1909 holster and a box of the .45 ammunition unique to this Colt.

Beauty of rig, Charlie. Thanks for posting.

Could you post a picture of the markings on the holster?

Could you post a picture of the markings on the holster?

Here you go, thorin6.  I had to dig it out of the bunker in order to take a couple of crummy cell phone pics.  The Model of 1909 holster I posted above has these markings on the back side.

In pulling out the holster in question, I decided to take a pic of another Model of 1909 with slightly different markings:

I will post yet another in a moment to avoid going over the size limit for pics in one post.

Here is the last variant that I am aware of in the line of leather USGI holsters for the Colt Model of 1909 revolver for the Army.   (I am excluding the Navy and Marine Corps holsters, the Mills woven holsters and any private purchase examples).

This one is a Model of 1909 holster made at the Manila Ordnance Depot in 1915 with the markings shown below.   In my experience it is a very, very scarce holster.

One of these days I am going to take good pics of all of the Model of 1909 holster variants and put a separate thread together on it.  I think that would be an interesting subject.

Thanks, that helps a lot.