94 replies to this topic

You're right about that one. They even included a black soldier in the film, as a African American AA outfit (AAAA?) found itself at Bastogne as well. Maybe "To Hell and Back" could be on the list as well. Looked like decent attention to detail.

Yeah I agree Battle Ground is one of the most accurate movies in pre Band of Brothers days.

The Longest Day - still one of my all time favorites, warts & all (as mentioned, U.S. gear in particular was less accurate than that used more recent films). Here's a link for color (or is that colour) documentary film taken during the making of the movie. http://www.britishpa...-aka-small-war/ . Here are stills from the sequence http://www.britishpa...the-longest-day . The footage was all taken during the filming of several of the Pegasus Bridge scenes.

That's a great piece of color !

A great topic that should be appropriately BUMPED UP considering the date.

It's been awhile since anyone has written on this thread, but I had a bit of a surprise when I tried to watch this through Netflix on-line the other day.

Let me preface this by saying The Longest Day is one of my "feel good" movies, despite it's numerous shortcomings.  I was under the weather and I was delighted to find it on their streaming service.

So I got it all booted up and started running it, figuring I was in for a couple of hours of vicarious entertainment.  However, I realized in my Dayquil induced haze that something was not right.

It finally dawned on me that all of the characters, including the French and the Germans were speaking English!

You have to understand, The Longest Day was one of my vehicles for practicing my rudimentary skills in each of these languages.  I was quite proud that I could understand about 65% of the spoken dialog without the subtitles... not exactly fluent, but close enough.

I was swearing a blue streak at Netflix for dumbing down the movie, quite sure they had dubbed over the foreign language parts, just like Ted Turner used to colorize classic black and white movies.  (Thank goodness he never got around to doing Casablanca... that would have been criminal.)

But then I noticed the lips were fully in sync with the English dialog.  That would be a tough thing to do with dubbing.   And then I noticed the inscription on the birthday cake for German General Erich Marcks was also written in English.  What the heck was going on?

Wikipedia provided the answer with this arcane fact under Release:

"Unique for British- and American-produced World War II films of the time, all French and German characters speak in their own languages with subtitles in English. Another version, which was shot simultaneously, has all the actors speaking their lines in English (this version was used for the film's trailer, as all the Germans deliver their lines in English). However, this version saw limited use during the initial release. It was used more extensively during a late 1960s re-release of the film. The English-only version has been featured as an extra on older single disc DVD releases."

I am guessing that this was a safety measure in case the general public did not react well to the subtitles.  But my view is that the French and the German added an air of authenticity.  Apparently most movie goers at the time must have agreed.

I have to admit, I'm not sure I can watch the English only version... it just feels like something is missing from a film that I have probably seen two dozen times.

I have not seen the movie in its entirety yet. Just different bits and pieces at a
time when it airs on Memorial Day and/or Veterans Day. About the scene where the
German car is being strafed by the allied aircraft and then crashes into an object
on the side of the road, the object looks like a statue of Jesus with the figure
jumping off the cross? Please correct me if I am wrong about this. Maybe I just
misinterpreted the scene? Also, in my opinion, the oversized chin cups on the
helmets look ridiculous. I hope to take the time in the future to view the entire
movie.

A BUMP Up for the Sixth of June.

A BUMP Up for the Sixth of June.

Looks like Pluskat's binoculars may have "Made in???" on them.....When he's looking from the bunker into the channel, in the center where the binoculars pivot....Bodes

This film never gets old. Every time I see it, I think of all the ETO vets I used to talk to.

I need to get this movie on DVD or Blueray, I only have it on VHS.

Great movie. It's one of the few good WWII movies I don't own for whatever reason. I'm on it now though! 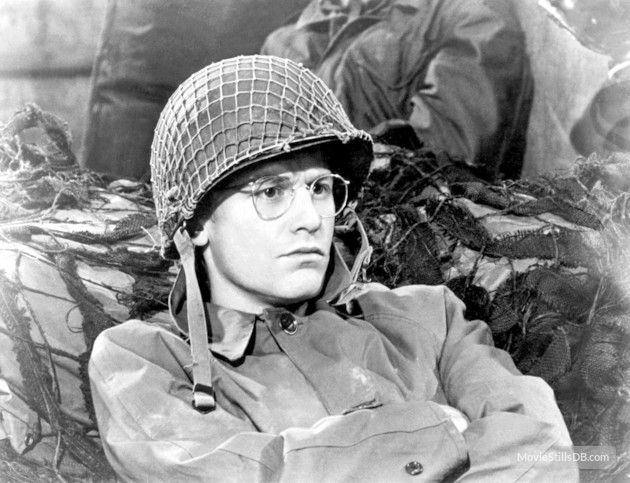 Thank you for posting this, Patches. I've seen The Longest Day dozens of times over the past 50 years or so. It sounds dumb now, but I always thought Maj. Howard was saying, "Up the action. mates... Up the action mates." Now I know better. This movie remains a great tribute to all who played a part in the Normandy Invasion.

Thank you for posting this, Patches. I've seen The Longest Day dozens of times over the past 50 years or so. It sounds dumb now, but I always thought Maj. Howard was saying, "Up the action. mates... Up the action mates." Now I know better. This movie remains a great tribute to all who played a part in the Normandy Invasion.

I never knew what he was saying, one time when I borrowed the dvd (Prior to this I only watched it on T.V. or as a VHS rental) from my friend a few years back I kept replaying the sequence over and over again, that's when I knew LOL

Back to MOVIE & TV REVIEWS