How could any one not like this badge? - WWI 3-piece pilot wing 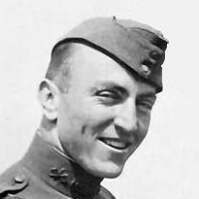