A group shot of 4 knives in my collection 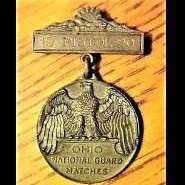 By kfields,
Sunday at 07:00 PM in EDGED WEAPONS