Was there a WWI discharge patch or medal? 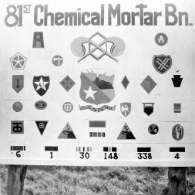