Jump to content
Board rearrangement took place today, Wednesday, 25 May 2022 - Click here for details and a site map showing the new arrangement! × 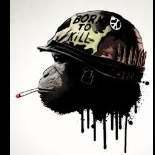