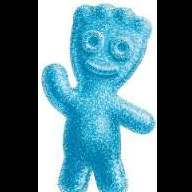 By Siamundo,
August 1, 2021 in NAVY, COAST GUARD AND OTHER SEA SERVICES PATCHES