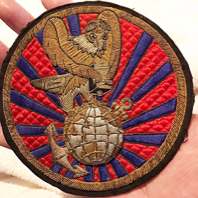 By greek5bc,
July 15 in CAN YOU IDENTIFY THIS PATCH?