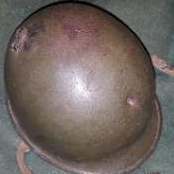 By OverTheTop_1916,
Thursday at 10:39 PM in NEW MEMBER INTRODUCTIONS