ID Disc to a Massachusetts Man 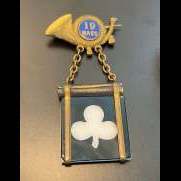