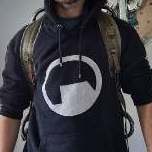 By Julenlar,
May 6 in FIELD & PERSONAL GEAR SECTION