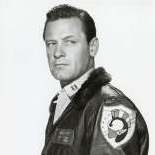 By Toko-Ri,
November 27, 2020 in MUSEUMS, BATTLEFIELDS, AND MONUMENTS