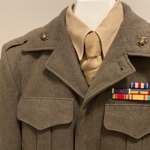 By 4thraiders,
May 5 in BOB GILL MEMORIAL GROUPINGS PAGE