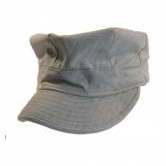 By GMPETE,
May 23, 2019 in EPHEMERA, PHOTOGRAPHS & MILITARY ARTWORK