Looking for info on my Grandfather 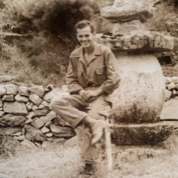