"Give me a UB and a Whiskey" 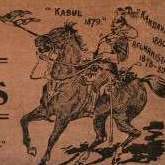 By Dirk,
December 9, 2018 in BASE/BIVOUAC/CAMP/DEPOT ITEMS