Okay, here is a few of my DUI's. This is my first post with images, so bare with me.

The first one is two versions of my Dad's unit. 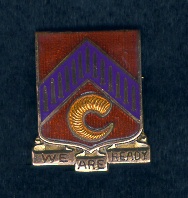 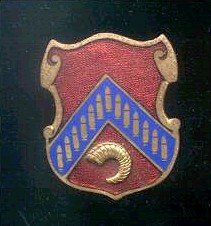 What was the issue date for the pin without the scroll??

Next, more from the 85th "Custer" Infantry Division. 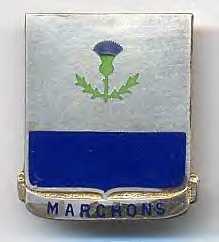 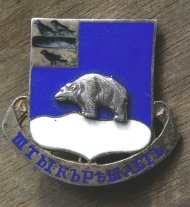 The 339 IR and 310 Engr pins depict the Polar Bear as these units participated in the North Russian Expeditionary Force in winter of 1917-1918. Here are a few DUI's from the 92nd "Buffalo" Infantry Division. 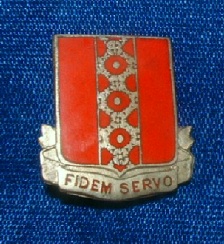 Just got my grandpa's WWII Army uniform, scrapbook, and other momentos. Are these the pins you all are looking for?
He was in Japan during the Occupation Sept. '45--Oct. '46. These are not on his uniform. Is that where they were worn? They are both screw-backs.

hope this is ok
Nick

Here are a few DUI's from the 92nd "Buffalo" Infantry Division.
371 IR

If I could see the back, and/or read the HM, I could tell if your 317th Engr Bn is post WW II, and suspect that it is.

There were no "infantry" divsions in WW I - this was for the 82nd Div, as indicated on the insigne. It is also not a DI, but probably a divisional insigne for some identification purposes; perhaps worn on a fouragerre. It is exceptionally rare, nonetheless. Size would be helpful.

There were no DIs in WW I. The approval to wear DIs was dated 16 Sept 21 and they were all initially bronze, with no enameling. Colors were illustrated by the manufacturing process. There were some exquisite enameled insignia made and worn pre-WW I, but they were worn on the mess jacket or white uniform.

Well sir, I can only state what I have, and its' known provenance and etiology. I look to others more knowledgeable and experienced in this field for for guidance, not mockery nor derision. I assure you these things are important to my family. The object in question measures approximately 9/16th. The U.S. Infantry veteran unquestionably wore it home, back to hilly old North Georgia. He kept it as his most proud item, eschewing even his medals in favor of the the hidden suffering of the "All American " Boys of the 82d .

It is a cloisenette, light blue for infantry, with the famiar'AA" meaning All American Division. with gold 82d Division emblazeed about the top.
He returned home in June 1919 with it so it can be assumeded to "Theatre Made"

102nd FA of the 26th Yankee Division this one is hallmarked by amcraft of Attleboro Mass.

Here is the crest for the 844th Engineer Battalion. This unit is part of the US Army Reserves, and when I was a member of this unit was also a part of the 125th ARCOM.

I had the opportunity to purchase a large amount of items from Eveready Embroidery / Denmark including a few thousand DUI's when they went out of business last year most have been identified. If I can be of any assistance here as DUI's are one of my top collectibles please let me know. Regards, Keith

Here are the crests for the following engineer units:

Next, we have the crests for the following units:

Here are the 2 versions of the WWII 501st Parachute Infantry Regiment DIs made of plastic from Gemsco.

A couple of pin back 325th Glider Infantry crests and some wings to boot.