96 replies to this topic

Member of the 2nd Battalion 321st Artillery of the 3rd Brigade 82nd Airborne Division in Vietnam. All members are still wearing their stateside OG-107 fatigues early in the 82nd's Vietnam deployment in 1968.

Here is a group of soldiers from the 2nd Ranger Battalion is receiving awards at Joint Base Lewis-McChord, Washington. I'm not sure of the exact date but it's obviously after 9/11 and before the Army Greens were phased out. Pay close attention to the corporal. All of the other soldiers are wearing Combat Infantryman Badges and Infantry distinguishing devices (blue shoulder cords and discs behind their branch insignia). The corporal is Ranger qualified but wearing a Combat Action Badge. A blowup of the picture shows he is wearing Artillery branch insignia. Also note the two soldiers on the right do not have RANGER tabs.

Corporal wearing the Air Defense Command SSI in 1964. I would assume he was a guard dog handler assigned to a missile unit.

Corporal wearing the Air Defense Command SSI in 1964. I would assume he was a guard dog handler assigned to a missile unit.

You might be correct there, here's one, this taken at Bliss, also in 1964. 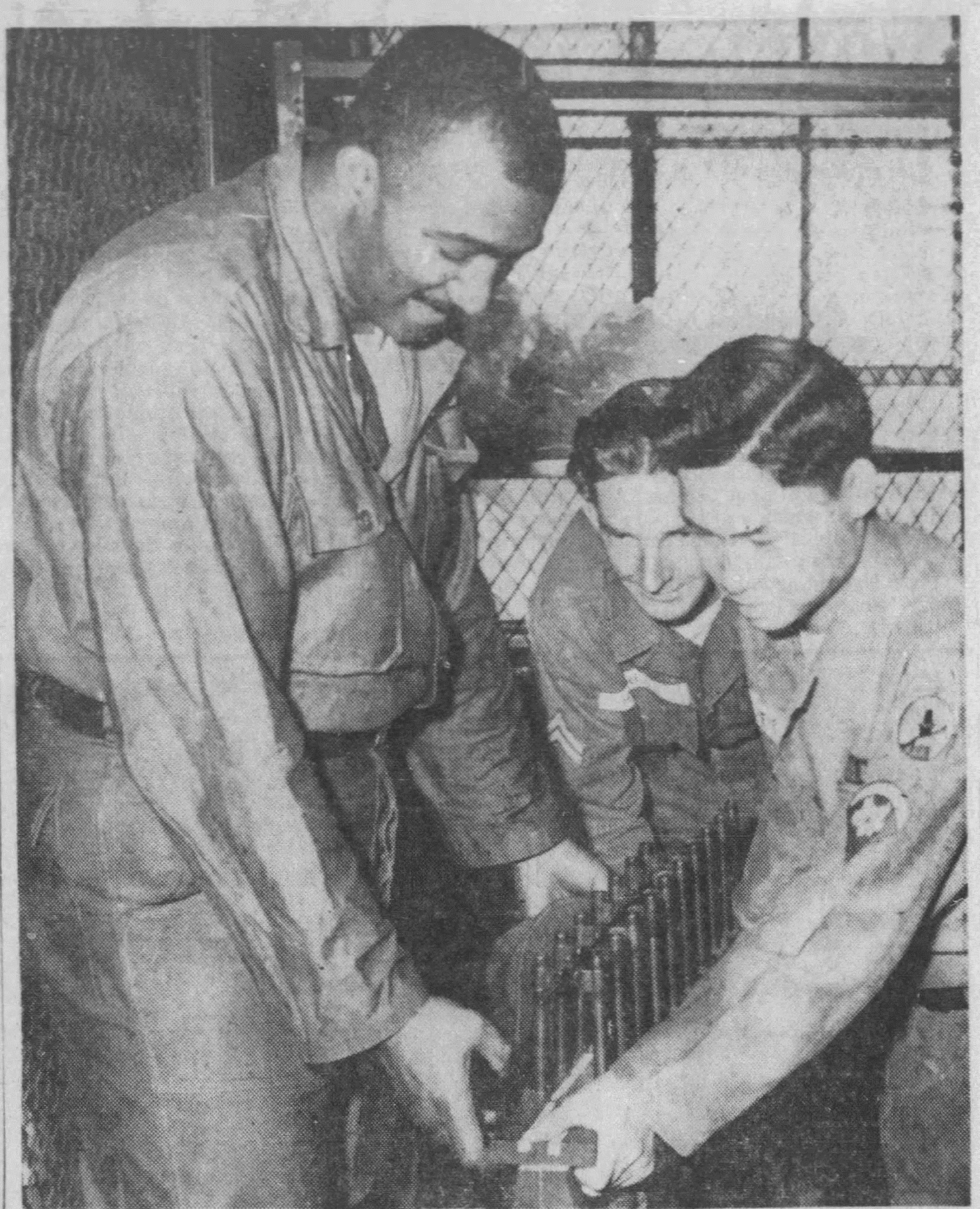 Corporal assigned to the 94th Infantry Division in 1962.

NCO's of the Kentucky National Guard's 2nd Battalion 138th Artillery at Fort Hood after being mobilized in 1968 and before being sent to Vietnam later that year. Note the mixture of subdued and full color sleeve rank with the subdued insignia being fairly rare stateside. Apparently the battalion was assigned or attached to the 1st Armored Division during its pre-deployment training since pictures of soldiers from the unit taken at the time of their mobilization show them wearing the First Army SSI.

Found a few from the 1st Armd Div's Yearbook of 1969, in these three examples the Corp's are not Arty or of any other MOS but rather non Artillery combat arms, begs the question if the reinstatement if you will of E-4 Corporals in combat arms other than Artillery and or Pathfinder (Infantry) came about at this time in 1969.

A Corporal of the 2nd Battalion 13th Armor.

Another Armor Cpl in the MOS 11E, this time in the 1st Battalion 81st Armor, this one probably is the commander as he's standing in the cupola.

And two more, these being the in commonly found Arty of the day, both 1st Armd Div, 1969.

Inside a SP Arty Piece.

Lets try that one again here.

Blew this one, imaged got corrupted, and I already deleted image from my documents, so I can't re post, sorry gents.

A NATICK Corporal of some unknown MOS in 1974 poses with a fellow GI wearing a Experimental Fritz Helmet. 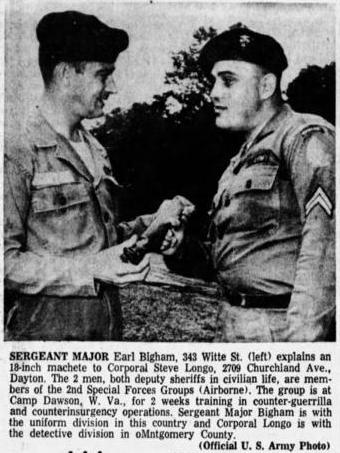 Another 82nd Airborne Corporal, from 1967 in Detroit. Photo by Enrico Natali.

A Corporal of one of the Reserve Special Forces Groups at a Drill at Ft Meade Maryland, 1965, probably the old 11th Special Forces Group, he's not Flashed as we see he and one more of them isn't wearing a Candy Stripe like is comrade there next to him is.

Photo scanned from my basic training year book   The 100th Division (TNG) (Army Reserve Division) was placed on active duty in 1961, and stationed at Ft. Chaffee, Arkansas during the "Berlin Crisis".  As you can see in the photo, there is a PFC & Sp4 pictured, both wearing corporal stripes.  The "Hard Stripes" gave these (Drill Instructors) the NCO prestige they needed, and deserved to train raw recruits.  Corporal Harold I. Bowman was assigned to my platoon.  He was an outstanding soldier, and a very proficient Drill Instructor.  My first encounter with the "Corporal Stripe" made a lasting impression on this raw recruit!

Corporals of the Artillery NCO Candidate Course at Fort Sill, Oklahoma during the Vietnam War. Like its Infantry counterpart at Fort Benning, this course was designed to quickly train soldiers as NCO's in the combat branches to replace the shrinking number of seasoned NCO's available for deployments to Vietnam. Candidates were promoted to the rank of corporal when they began the course and when they graduated, they were promoted to either Sergeant (E-5) or Staff Sergeant (top 10% of each class). If a candidate washed out of the course, he was given the rank of Specialist 4.

Also note the leadership tabs they are wearing as well.

Back to ARMY AND USAAF