47 replies to this topic

I have read many times that it is quite hard to figure out what Hedgerow country in Normandy looks like.

I am lucky enough to live not far from there and am pleased to share some pictures I have taken near Viller Froissard (close to Saint-Lo).

Hope it will give you a better idea of what the GIs had to face there. If you have possibillity to visit, just come, it is a great region!

awesome pictures - thanks for sharing

Great pictures Eric. Thank you for taking the time to post them.

Are you near the LaFiere Manoir and bridge? My Grandfather fought with the 505th and was killed there. He was killed at the hill above the Manoir.

Chris,
I am not living in Normandy but close to it. Let me know exactly which place you would like me to spot, I will be visiting Normandy end of June again and would be pleased to take some photos for you.
Where does your grand-father is buried?

Eric,
Our grandfather was returned to the US. He is buried in Durham NC.

I will try to research a better and more exact location of battle.

I will have a look on my photos in this sector. Tell me about place after your research, still some time before end of June...

I have visited La Fiere qome years ago, nice place, quiet and it seems quite few changes since 1944 when you compare with the British sector around Caen which has totally changed.

Great photos. It is hard to imagine having to fight through those things with Germans waiting on the other side firing on you while you try to break through.

Great pictures...thank you for posting!

I was again in Normandy this week-end and found this hedge. It has been cleaned for an unknown reason. It helps understand the structure of the hedgerrow. One can see the deep roots and imagine how har it is to get through. And it is not even a big one...

Thanks for posting these pics. The third one at the start I find particularly interesting. Gives a sense of how it may have been and to be honest it is a freightening looking place if you had a possible German unit coming the other way. Craig

Perfect for the defenders. Thank goodness for Curtis Cullin's brainwave! He saved many lives. 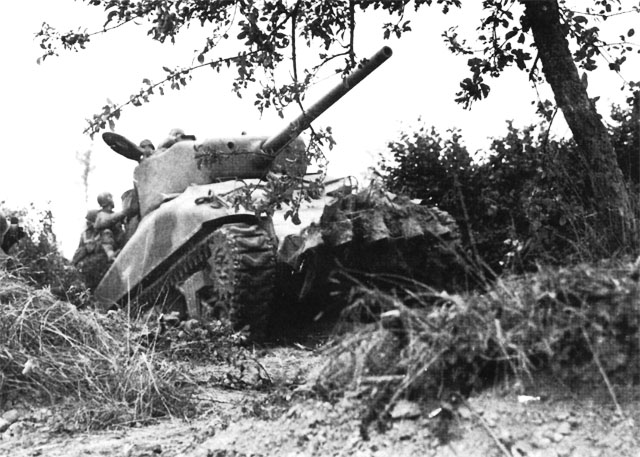 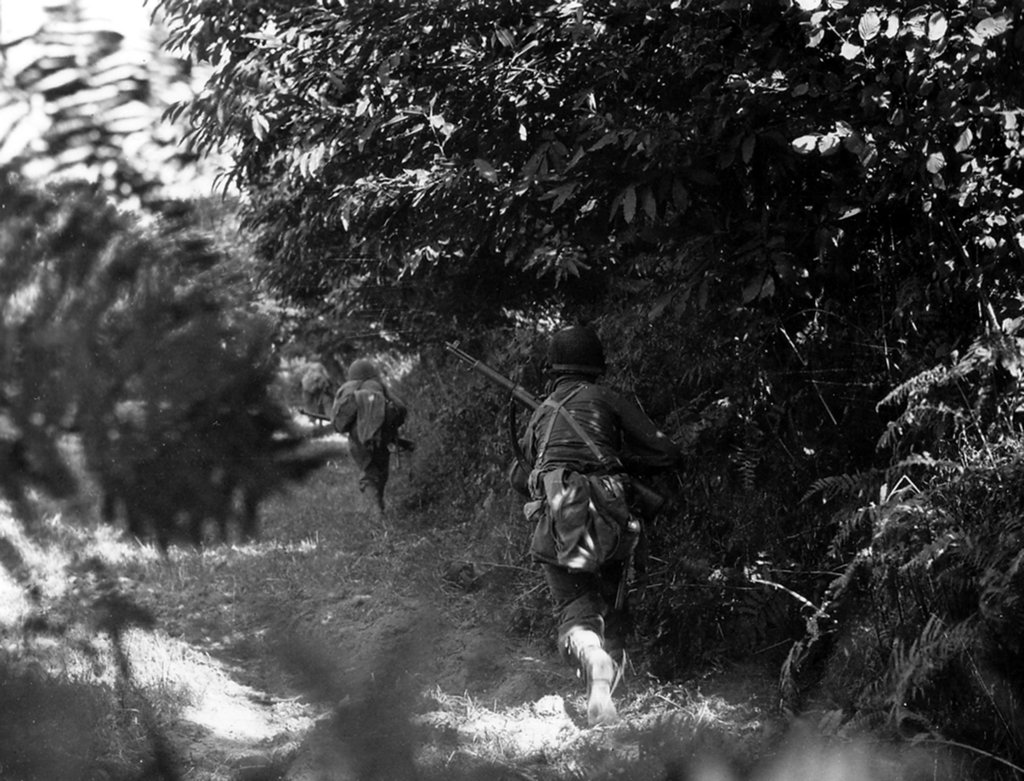 Curtis by his own admission did not invent it. He said it was a Lt, who was then killed. However it seems that a lot of the same type of thing was going on pretty much all at once in different units. The 29th ID had it's demolition prongs, etc. There was also a  meeting of various engineer officers just after landing where they brainstormed what to do, and the best way to do it. Out of that came the standard design and the orders to make them all up out of scrap metal (beach obstacles).   Cullen just gets his photo taken and people do love a story about it being ONE MAN!

Is that so? Well, it seems like he had friends in high places. This is a quote from a speech made by Ike as late as 1961:

"There was a little sergeant. His name was Culin, and he had an idea. And his idea was that we could fasten knives, great big steel knives in front of these tanks, and as they came along they would cut off these banks right at ground level—they would go through on the level keel—would carry with themselves a little bit of camouflage for a while. And this idea was brought to the captain, to the major, to the colonel, and it got high enough that somebody did something about it—and that was General Bradley—and he did it very quickly. Because this seemed like a crazy idea, they did not even go to the engineers very fast, because they were afraid of the technical advice, and then someone did have a big questions, "Where are you going to find the steel for all this thing?" Well now, happily the Germans tried to keep us from going on the beaches with great steel "chevaux de frise"—big crosses, there were all big bars of steel down on the beach where the Germans left it. And he got it—got these things sharpened up—and it worked fine. The biggest and happiest group I suppose in all the Allied Armies that night were those that knew that this thing worked. And it worked beautifully."

Some of the scenery in Normandy vaguely reminds me of where I live in the U.S. here in New England we have a somewhat similar layout to those regions from fields to hedgerows and there are areas that are similar to  Ardennes as well.

Great pictures of the bocage country! Just spent an awesome week in Normandy in Sept 2014. Too short of a visit to see all the great sites. Planning to visit again in 2015. Am working on a large-scale color landscape (as detailed and accurate as possible) of the entire length of Omaha Beach as it would have appeared (aerial view) just prior to 6 June 1944; backdrop for of a Commemorative Display for US 29th ID and US 1st ID landings. If you have any picts of "hard to find" remnants of WN60 through WN 73, I'd sure like to see them. Thanks!

thank your for the pics.  They bring the challenges to light

These were taken close to Cherbourg, same hedgerows country

In the same sector, close to a place named Hameau Pinabel, where the 4th Infantry fought on the way to Cherbourg

Wow. One of the most interesting posts I have seen on this board. I have spent much of my life reading and imagining the war that took place in that country. I have yet to see it. Your photos match my mind's eye perfectly, and it is really something to see period photos alongside  contemporary.

When I visited the Custer battlefield I was just blown away at how real all my research on the battle became. It was a connection I felt to the past that haunts me to this day. I got those same chills from your photos. If you have more feel free to post. What a window into the past. Thanks!

Wow. One of the most interesting posts I have seen on this board. I have spent much of my life reading and imagining the war that took place in that country. I have yet to see it. Your photos match my mind's eye perfectly, and it is really something to see period photos alongside  contemporary.

When I visited the Custer battlefield I was just blown away at how real all my research on the battle became. It was a connection I felt to the past that haunts me to this day. I got those same chills from your photos. If you have more feel free to post. What a window into the past. Thanks!

Glad it was helpful! Here are some more, all taken on the way from Utah Beach to Cherbourg

Back to MUSEUMS, BATTLEFIELDS, AND MONUMENTS