46 replies to this topic

Were these WWII rucks also used in Vietnam?

The parts that you question usage for are all part of the system to secure the rifle to the pack. You are missing a web strap that is part of this system as well as the waist belt.

That's what I suspected they were for Craig. Do you or anyone else have a photo or illustration showing how the rifle/carbine is slung on this rucksack?

I'm leaving on a trip in 3 hours so I don't have time to take a pic now. If no one else posts a pic I will do it next week for you.

Thanks for the answer! http://www.usmilitar...tyle_emoticons/default/thumbsup.gif

That's what I suspected they were for Craig. Do you or anyone else have a photo or illustration showing how the rifle/carbine is slung on this rucksack?

Follow this link and scroll about half way down the page.

Gliderinf: I would guess that your early rucksack is made by Baker-Lockwood Mfg., Inc.. As far as I know they, and Meese, Inc., (both of whom are still in business, interestingly) were the only canvas contractors which utilized the 1912 brass slide-lock buckles on their early '42 rucksacks.

J.termath: The early brass buckles on your rucksack were used on early-production map case straps and small adjustment fittings, as well as the earlier wire-framed rucksacks. They are much less often seen on web gear than box or ladder buckles; consequently, packs like yours are fairly rare compared to the rucksacks constructed using standard 2-bar ladder buckles. Before that year was over, both Meese and Baker-Lockwood were fitting their packs with ladder buckles; I don't know if this was at the Army's request, or if they had just used up existing stocks of the older hardware.

I've picked up a few of those wierd wire frames through the years; I don't know who made them, or where/when they were made, but they were obviously for rucksacks.

Hey thats the same one I have. I just got it and I am pretty stumped about it lol. This one does have the weapons strap on the grommet I hope you guys can see it. Are they rare if they have the weird wire or something?

Follow this link and scroll about half way down the page.

The link is now at: http://www.mountaintroops.us. See also Assembling and Using the Rifle Strap for the strap specific instructions.
Tom

The link is now at: http://www.mountaintroops.us. See also Assembling and Using the Rifle Strap for the strap specific instructions.
Tom

The Army's records of the development and procurement of the Rucksack mentions that various modifications were implemented "to increase the efficiency of the Rucksack during the War years." Below is an obvious example of this; it must not have been very effective, because this is the only example I've seen of this. Probably an experiment on making entry into the pack simpler...

This pack is an "Avery '43"; notice that the flap buckles are threaded into short straps rather than sewn on:

Wondering if anyone knows what model this one is. It has no markings (which is odd), it's closure straps are cotton duck like the earlier models yet it has a quick release strap like the m1956 AND padded shoulder straps. However the top flap pocket is on the inside unlike the m1956. Would really appreciate the info. Thanks. 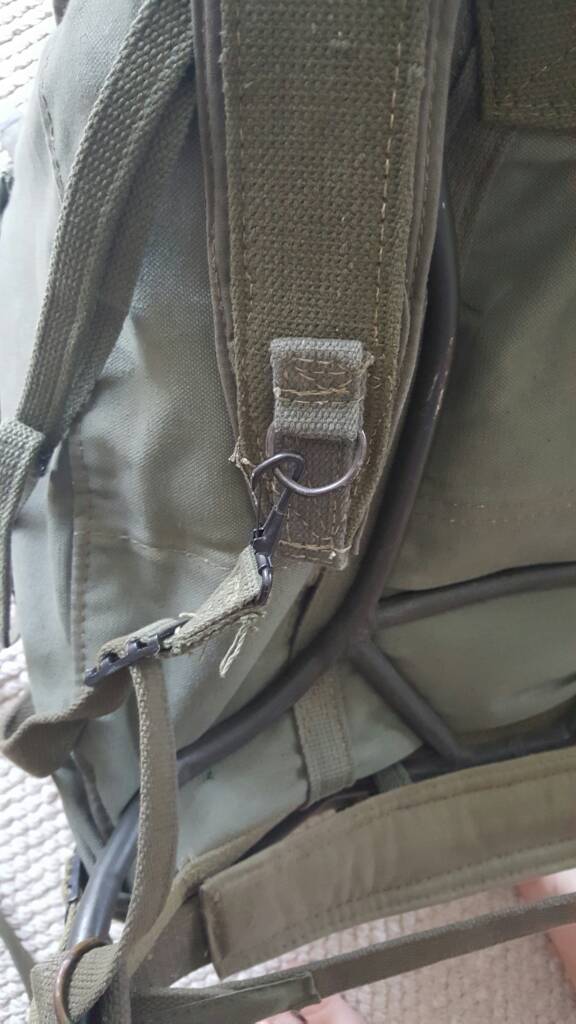 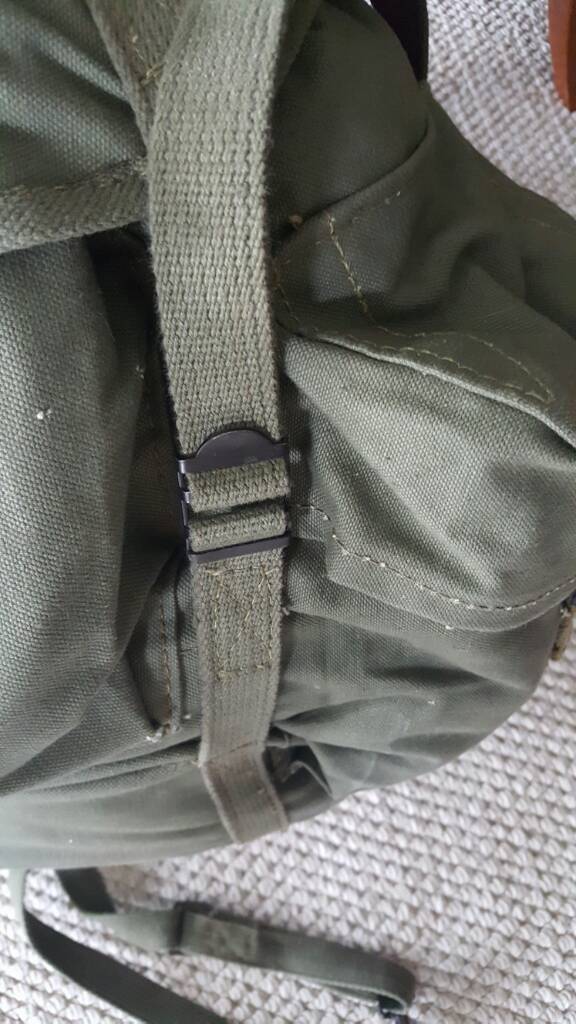 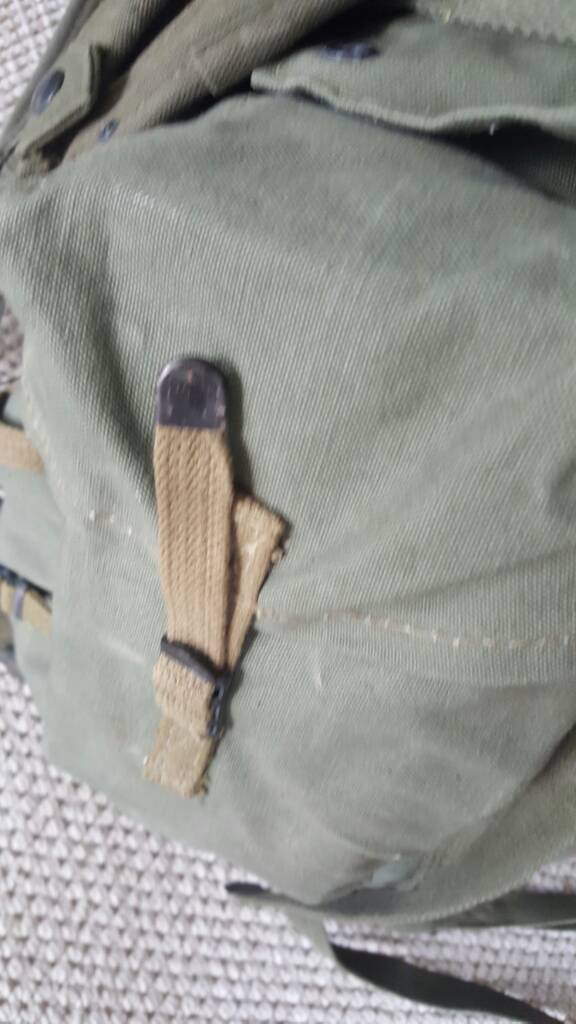 Sent from my SAMSUNG-SM-G890A using Tapatalk

Sent from my SAMSUNG-SM-G890A using Tapatalk

I have two complete M1952 Mountain rucksacks which I am using for my "Vietnam" 3d Force Recon Marine impressions.

Just recently I have noticed they have different back straps: 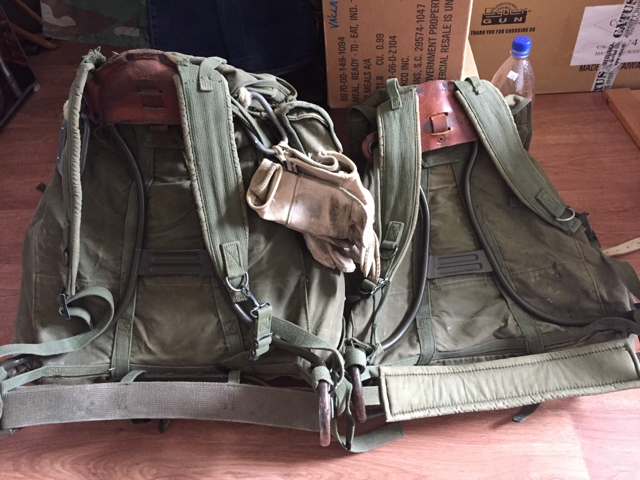 Would you have an idea if there are some "under types" or if one of them was used just from other ruck (as it does not seem so)?

Does anyone know where i can get replacement straps for the mountain rucksack.

Does anyone know where i can get replacement straps for the mountain rucksack.

Back to PACKS [REF]