wouldnt be a little outdated? how many do you think we actually used.

With Viet Nam you have to remember it was an arms buffet.You could find anything there from WW2 (or older).I have seen and handled WW2 k98 Mausers,Type 99 Japanese rifles,even a French 1870s Lebel all with capture papers.I even owned a Japanese Nambu that came back from there.I own a WW2 french MAS36 with a capture tag from the 4th ID and a Russian WW2 Nagant sniper that came back.

Not uncommon to see the Early advisors and SF units with these arms or arming the locals with them they were training.Lots of Carbines and Garands went to VN as well.I personally know a local vet who had a Thompson smg there.He bought it from a helicopter pilot he knew for $25 when the pilot was going home.The pilot had bought it from someone else and the local guy re-sold it when he left for the states.

your right I forgot that so many different weapons were used. I have a mossberg 500 my grandfather used there. also I plan on getting a sniper m91/30 when im 18 are you selling yours?

also my other grandfather was going to bringback a ak47 for my uncle but didnt want to get in trouble man that would be worth some serious money now but it would also be illegal here in stupid NC.

Although my dad used an M-14 in Viet nam, my uncle used a Thompson while he was there, and I remember talking to a VN vet who says he used a M3 while he was in Nam.

My dad captured an Ak47 but they didn't let him keep it, but he did bring back the banana magazine from it which I still own.

your right I forgot that so many different weapons were used. I have a mossberg 500 my grandfather used there. also I plan on getting a sniper m91/30 when im 18 are you selling yours?

also my other grandfather was going to bringback a ak47 for my uncle but didnt want to get in trouble man that would be worth some serious money now but it would also be illegal here in stupid NC.

No plans on selling it.I have the paper for it too

Have see 5 Aks that were bring backs.More out there than a guy realizes.Seems these guys had connections or knew people who did.I was told by a Navy vet I worked with once that after 1968 they would check packages more or x-ray them and he was on a detail to dispose of things.He never left the states.Dont know if its true but something he told me.

wouldnt be a little outdated? how many do you think we actually used.

ya I like his helmet. also I love mosin's my first gun was a M44 (carbine with folding bayonet)

ya I like his helmet. also I love mosin's my first gun was a M44 (carbine with folding bayonet)

They are nice little rifles.I have a 53 dated one I got at an auction when I was a kid for $35.Its front stock and handguard is charred by a fire.I think it was a Korea bring back.Have another with shrapnel damage that was repaired with wood filler then varnished(by the vet)and has his papers from the 101st with it.

a 53 dated one is chinese I belive a t53 is what they called theirs they are a little more valuble. mine is a 44 russian one we got for 100$ now they are going for around 350$

wouldnt be a little outdated?

Some US tankers still had M3A1's issued in their vehicles up until the mid 1990's, some are even reported after 2000.

Some US tankers still had M3A1's issued in their vehicles up until the mid 1990's, some are even reported after 2000.


I saw my first M3(A1?) inside an M88 recovery vehicle, circa 1996, we were using the vehicle in lieu of a warming tent during a winter FTX.

The only other time I ever saw one possibly in service was when some WO (whom I didn't know) was firing one at the Fort Devens pistol range, circa 2002. Though the attention he and the gun were receiving gave me the impression that it was more of a historical demonstration. There were no other M3s there.

about a year ago or so I searched FEDLOG and found the M3 was still listed and supposedly had a good stock number. I can only imagine I'd someone attempted to order one for the unit but they were listed as costing I think $25.

Vietnam bringback SKS rifles used to be fairly common. I have one I purchased in the mid 1980's.

The M3 grease guns were issued for a long time into the 70s, 80s and 90s to many tankers, in later years the crewmen of the M88 recovery vehicle had them. 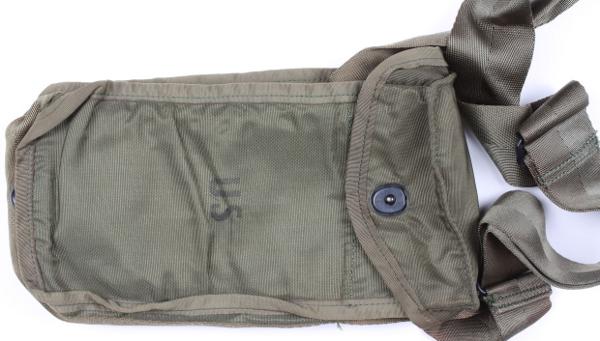 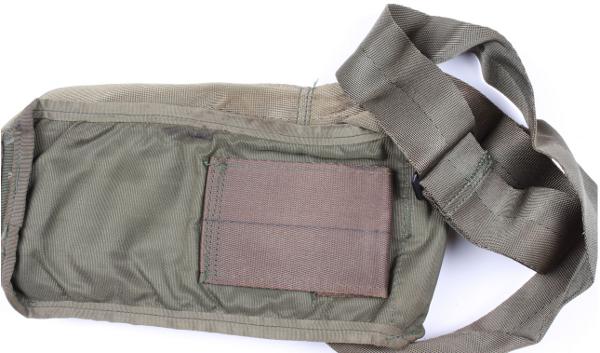 My weapon of choice in the field in Vietnam was the Thompson. We captured a large aray of weapons from the VC. Two of particupar note are a 1944 dated M1A1, which is in my collection today, and an absolutely mint German airborne FG42 mg. I lusted after the FG42, but discreation was the better part of valor as it would be illegal to bring back. Jumpin Jack

My Marine ROTC Colonel carried a Grease Gun in Vietnam as his personal weapon. He would give never ending stories about why he preferred it over a M-14.

When I was in a mech infantry unit in the California National Guard in the 80's and 90's we still had M3's in our arms room.

I never thought the m3 was such a long serving weapon.

My old team sergeant said they had a bunch of M3s, they took apart, and used for "rebar" in a building they constructed on their "A" camp. Heard that story well over 30 years ago. It was upsetting then and now. I've used M3s, and Dad carried one in WW2 for a while. I've got a picture of me carrying an M3A1. Don't have the ability to post on my PC. SKIP

This thread has a couple pics of them in use. Both look like M3A1's.

IIRC I remember seeing pics of SOG using them but has been so long they may have been Swedish "K" smg's.

As already said, VN was an arms "buffet". If one CARED, one could turn up all kinds of oddities. I brought home an 1863 US Spencer carbine that, when cleaned up, had maybe 50% of its case-hardening and bluing. Research showed Spencer carbs and rifles had been used to arm the Hue palace guards from about 1880 to 1914-ish; they started switching to Winchester 94s, then 95s circa 1910. There was also a Colt commercial M1921 TSMG that had belonged to them, with leather action cover and sling. I encountered TWO VZ30 LMGs, in the 1943 transit cases, each with spare mags, a leather mag pouch bearing W-SS skull marks and sling with marks. And an M.P.44, several M.P.40s, one M.P. 38 (well used) and an M.G.34 with AA mount and accessories, also in a transit case, with about 2,000-3,000 rds of belted WWII ammo in cans and another 500+ in a wooden crate. The transit crate had paper tags in Russian. Also an Italo-German Beretta M.P. 38/42, as new, with an odd 8-mag pouch (IIRC for 40-rders). A Canadian Inglis Bren, crated, with six cans of mags (loaded) and two rare drum mags for it. And a STEN Mark ONE, missing its buttstock.

Though my ASSIGNED weapon was a M-16, it spent a lot of time hanging by my bunk; I was out and about with a .45 (NOT issued) and various "buffet" pieces -- Swedish K, Hungarian AMD-65, M-1A1 TSMG, Remington 870 shotgun mostly. In my first place (SF camp) I was "OIC" of MGs, so either was on an M-60 or our single .50. In the second place, I spent time driving a jeep alone, so I wanted something to wear across my chest or in my lap, so the above "buffet" items were indicated.

The RVN police in Quang Tri province (northernmost in RVN) had bunches of M-3 SMGs , STEN Mk IIs and French MAT-49s. All of these were racked and locked up in the police stations -- "insurance", "just in case", in case the NVA came boiling across the DMZ. In their place for normal use, the cops had lots of M-2 carbines, some TSMGs and some M-16s. They HATED the M-3, because of its clunkiness, inaccuracy and slow rate of fire. They asked me if American GIs had EVER really used them, or were they just some unfunny joke. These were ordinary cops, not the NPFF (which had M-16s, M-79s, M-60s, etc.).